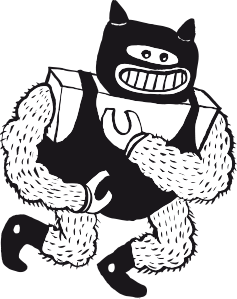 Ever since the early 2000’s, both producers have been channeling their music through this now iconic moniker – an ever-growing experimental ground in the midsts of electronic music’s history. In a nutshell, their productions pay tribute to the provenance of a dance floor based on deepness, dub and melancholy. The result? Tracks nobody on this planet can ignore, let alone want to.

To make this happen, Rakete and Hunger founded a record label of the same name in 2007. Since then, they keep busy 24/7 – as producers, A&R and remixers.

A labour of love, focussing on the sometimes heavily pumping, sometimes gently pulsing heritage of the Golden Era of a concept of deepness both fuzzy and cloudy. There – and there only – real feelings are to be found, waiting to be harvested and re-contextualised.

What originally started as an outlet for their own music, quickly became a platform for friends and acquaintances as well. A safe space for those who not only feel the same way musically as Rakete and Hunger, but also appreciate the holism of their artistic approach, be it artwork, formats or communication. This approach is centered around the concept of friendship – and visualized by an ever so slightly grinning robot. This guy is both FDF’s CI and an allegory. Can technology become somewhat human? The answer is yes. And it does not require a sophisticated AI – some with heart and mind wired circuits will do the trick just fine.

Just as it was back then, when the musical cosmos for which FREUND DER FAMILIE today rose up out of the primordial soup of warehouse parties, bright drinks and naive uncompromisingness. Roots last the longest. FREUND DER FAMILIE produces and publishes for those who don’t want to forget history and at the same time have no fear of the future. A robot watches over them – forever.