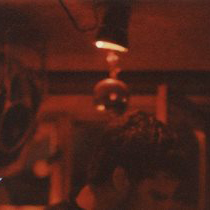 This impressive entrance to the electronic music scene was followed shortly after by a release on Daniel Bell’s label Elevate which was just as accomplished as his frst record and another big success in the clubs. So with just two records Baaz had made himself a name as a respectable producer of stripped-down House with a great sense of warm and deep atmospheres.

But what the music world didn’t know at that time is that Baaz had been around the block for quite a while already: He had started his DJ career in 1998 – mainly with Hip-Hop records, but turned to House and Techno soon afterwards. With that much experience under his belt Baaz is a real pro when it comes to building long arcs of suspense in his DJ sets. He loves sets which seem to shift gradually but when you attend them for a longer time and immerse yourself into his straight but deep sounds you realise which great turns his sets take and how carefully the bigger picture evolves.
This talent for telling long stories is both present in Baaz‘ DJ sets as well as his music productions.

After his frst releases on such highly respected labels as Sthlmaudio, Quintessentials and Slices of Life, Baaz took another big step and founded his own label Ofce in 2012 which has proven to be a runaway success since then. And in 2016 the ever busy man ups the ante with his new project Eric Miller for Sushitech in which he focusses on deep and dubby Techno – both as a music producer on his frst two extremely successful records for Sushitech as well as in his DJ sets: Straight and reduced but always sublime with a good sense of deepness Eric Miller’s sets in clubs are celebrating Techno in various shades and colours and always make for a fascinating live experience.