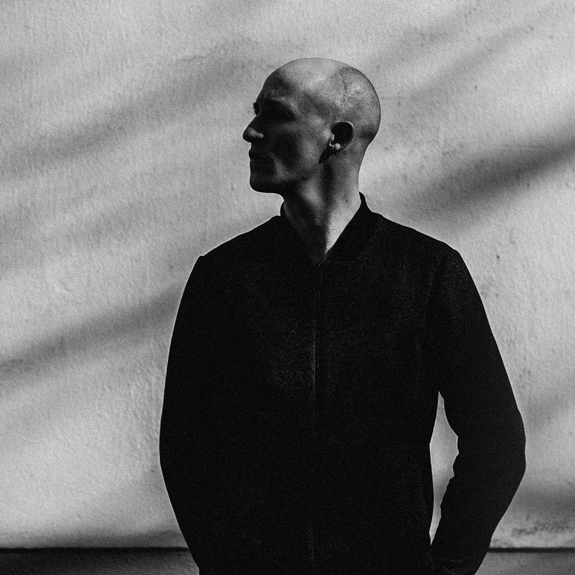 Cloutier’s nature – one of zeal and infatuation towards the warm, dubby, hypnotic house and techno that has come to characterize his sound as well as his ability to bridge the gap between dance music’s past and its future.

Aron Freidman, Thump: “When I was in Berlin last December, I must have heard around twenty different DJs play in one weekend. But only one of them really stuck with me, and that was Eric Cloutier. His sound was dark but warm, steady but dynamic, techno but still house; original and captivating.”

Eric Cloutier’s standards are representative of the pre-social media craze and arguably the old adage of letting music speak for itself. Cloutier’s twenty-plus year commitment has been built upon his integrity as a DJ and authority as a selector. A self-described „record digging psychopath,“ one only has to refer to his mix of highly sought after cuts from Driftwood Records to see the lengths Cloutier will go to in order to procure the perfect selection. This is truly Cloutier’s nature – one of zeal and infatuation towards the warm, dubby, hypnotic house and techno that has come to characterize his sound as well as his masterful ability to bridge the gap between dance music’s past and its future.

An exception to the norm, Cloutier is not one to capitalize on his Detroit origins. Moving to New York in his 20’s, he became a regular face at The Bunker where he began to further define his innate style of body orientated music. Now situated in Berlin, where he often shows up behind the decks of niche alcoves as well as the world’s best clubs, Cloutier’s reputation as an unequivocal, dexterous force is increasingly becoming one of note. His talents as a producer have also been growing of late, with the establishment of his own imprint Palinoia, Greek for “the obsessive repetition of an act until it is perfected or mastered.” The label has become the new home and optimization for Cloutier’s evolving undertakings. Through Palinoia, Cloutier manages to further synthesize slick, dubby club music to slide into his DJ sets as well as feature lesser known talent he’s discovered. He’s a DJ for whom quality – above all else – is the watchword.