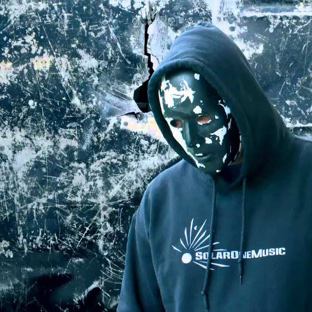 Based in the humble city of Jena in central Germany, Robert Witschakowski-Jockel started producing music in the late-’90s, during which time he was resident DJ and booker of Kassablanca. His tenure there proved influential in bringing the likes of Jeff Mills, Robert Hood and Claude Young to the city’s nascent club scene for the first time, where he remains a pivotal figurehead of Germany’s electro-tipped underground. With mixes netted for Resident Advisor, Electronic Explorations and Digital Tsunami, to the CD release of We Are Not Your Friends Vol 1, Robert’s work as The Exaltics is no longer exclusive to the tight-nit circles of street-wise DJs, producers and label owners alike.

With a live acid show now in full swing, Robert’s performances as The Exaltics have seen him tour Europe and dominate Berlin, billed in 2017 alongside a huge cast of acts for Tresor & DJ Stingray’s Kern Vol 4 release party. With the bulk of Robert’s music now released on his ever-growing Solar One Music, the label he runs with Crotaphytus collaborator and life-long friend Nico Jagiella, Robert’s world of shadowy electro has gravitated to, among others, discerning imprints like Shipwrec, Clone West Coast Series and Crème Organization. Robert has collaborated with Drexciya’s Gerald Donald for Solar Music’s Hubble Telescope Series as Project STS-31, and Arne Weinberg as Val_Ex, with Gerard Hanson (aka Convextion) also welcomed into the Solar One Music fray under his E.R.P. alias. Add names Helena Hauff, Ekman, Drvg Cvltvre and the late Andreas Ghem to the body of artists delivering Solar One Music its lone aesthetic, Robert’s purism and integrity to his field of science fiction, acid-influenced electro is undeniable.